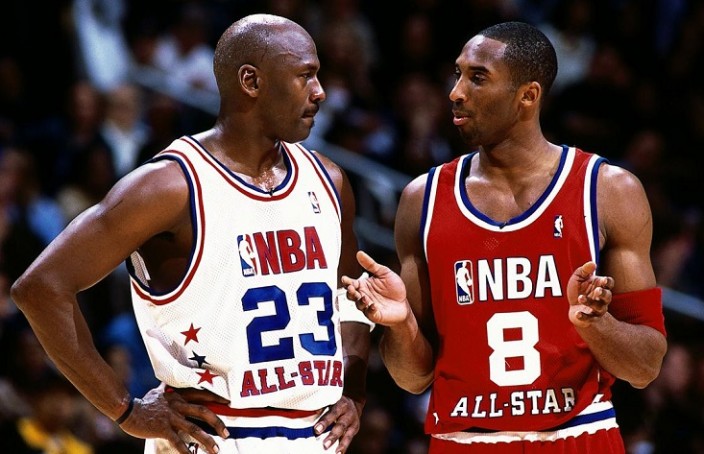 Tagged with all-star game, jordan, NBA
Spread the love
To celebrate the 2018 NBA All-Star Weekend (as well as MJ’s birthday), BuhayBasket contributor Ron Evangelista looks back at the last time His Airness played in an All-Star Game.

2003 was generally a great year for the NBA. The Los Angeles Lakers were bolstered by the acquisition of Karl Malone and Gary Payton; Tracy McGrady was setting the league on fire; and the draft class of that season is now considered to be one of the best in history.

But one of the biggest, if not the biggest, story that year was Michael Jordan’s last All-Star game in Atlanta.

And oh boy, did he play his heart out on that fateful day.

Jordan was at the tail-end of his basketball life that year, but he was still a monster on the court, averaging 20 points and almost 6 rebounds per game.

Michael Jordan is synonymous with the term “All-Star,” but what was intriguing then was that he wasn’t even voted into the game by the fans despite his popularity. It was the coaches who decided to include him as a reserve. In a move that was both classy and heartwarming, Vince Carter, who was named the starting small forward for the East, handed his starting spot Jordan.

Jordan had one final chance to show everyone else the definition of an All-Star player.

Early on, everyone was giving him the ball for the opportunity to score but Jordan struggled to find his groove as he missed his first seven shots. Jordan also had to exert effort on defense as players from the opposing team went at him, looking to challenge Mike one last time. He looked like an old warrior, weary with the scars but with all things said, he was never one to back down from a fight.

Halftime had his name being honored by Mariah Carey followed by a heartfelt speech from the man himself leaving everyone, including him, in tears.

After the buzzer sounded, signaling the start of the 3rd quarter, Jordan went on a mini tear in scoring. Fade-aways, flip-shots, and jumpers, you name ’em. He was taking and making all types of MJ signature shots. By the last ticks of the first overtime period, Jordan had 18 points and the game was tied 136-136 with 12 seconds left.

It went down the stretch, and crunch time was always Michael Jordan’s playground.

He received the ball on the right wing from Jason Kidd, and everyone else stepped aside. It was just him with the ball, the basket in sight and Shawn Marion was the man standing in his way.

This was a situation that was all too familiar with Jordan. Countless times has he knocked the game- winner over stars of all statures, and this would be the penultimate one; the most memorable footnote in his already stacked resume.

Making his move to the right, he posted up Marion, stepped back, and put up a picture perfect fade-away worthy of recognition in the archives of the NBA.

The roof almost blew off of the arena and Carter and Paul Pierce went absolutely bananas, like two kids watching their favorite player at home hit the game-winning shot. Marv Albert with his famous “Yes!” just made it more special. This was the perfect storybook ending to his All-Star career. Michael Jordan had won the game for the East…but not quite.

With 3 seconds left, Jermaine O’Neal made probably the worst decision of his life as he fouled Kobe Bryant while shooting a desperation three-pointer. Kobe made 2 out of 3. Another extension. This time, however, there was no more Jordan magic as Kevin Garnett took over the game, and the West won the whole thing, 155-145.

It was like a bad M. Night Shyamalan-style plot twist that ruined the entire movie. A magical Jordan moment, spoiled by the one man that was eventually going to take over the throne, Kobe Bryant.

Sometimes, it rains on parades and honor students can get unlucky with a terror professor. The greatest moments in life can get spoiled, and Jordan was not exempted.

What is for sure is that even with that heartbreaking moment, His Airness’ last flight was certainly one that will be etched in the hearts of fans forever.