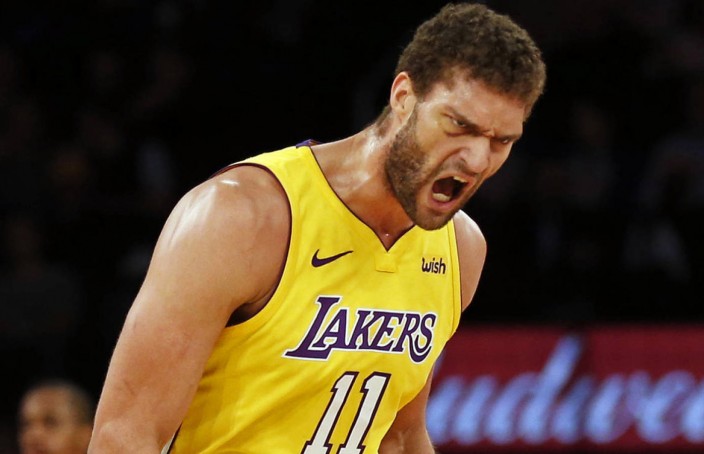 Here’s a plot twist no one saw coming towards the end of the long season: a Brook Lopez who’s actually playing good. Congrats to fantasy owners who held on to him for the past six months (bet you losers didn’t make the playoffs).

You can’t look at the first half of Brook Lopez’s 2017-2018 game logs and not throw up a little in your mouth. There were traces of Good Brook, but Bad Brook was just all over the place. Thankfully (for his very, very patient owners), Good Brook came to play in March. Since March 10, Lopez has been averaging 21 points per game, 2 and a half blocks per game, and at least 3 three-pointers per game. And if you put this side by side with Bad Brook’s numbers, there’s only one conclusion: Good Brook is really good.

When Andre Roberson suffered a season-ending injury, OKC Thunder’s chances of going deep in the playoffs faded like Carmelo Anthony’s star power. But Corey Brewer (yes, that Corey Brewer) wasn’t having any of that. In the last six games that Brewer played 28 minutes or more, OKC won. He scored a season-high 22 points and notched 6 steals in a win versus the LA Clippers in one of those games. To sum up, he averaged 14 ppg, nearly 3 spg, and nearly 2 three-points per game. Even Madam Auring couldn’t have predicted this.

It must be really hard to be named Denzel and not be the actor, but the other Denzel is putting on a terrific effort. In his last six games, Valentine is averaging 14 ppg, 6 rpg, and 5 apg. He broke out in March 17 with a 34-7-6 and 8 3s line. The big game came in a loss to Cleveland, but it doesn’t matter. Valentine was a winner that day, and so were his owners.

The Memphis Grizzlies are in one of those seasons where its Wikipedia entry has nothing to say but “losing streak” in big, bold letters. Good thing at least one positive will be coming out from this sorry Memphis season: the upside of Dillon Brooks. In his last six games, he is averaging 21 points per game and 3 3s per game. When you Google “good player on a bad team,” Brooks should be the first hit.