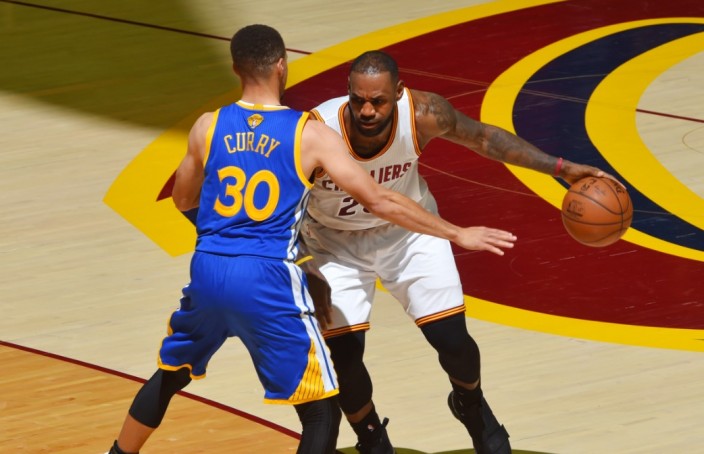 Tying what appeared to be a lost series adds another reason to never bet against The King, who’ve been down 0-2 six times before in his playoff career. Twice in those six times, LeBron led his team to victory: once against the Detroit Pistons in 2007 and then again against the Golden State Warriors in 2016.

If you forgot about that last one, let’s refresh your memory:

Game 3: No Love, No Problem

The Cavs were down 0-2, losing the first two games at the Oracle Arena by an average margin of 24 points. Losing Kevin Love to concussion from the previous game, the Cavs’ championship run appeared to be over. But Love’s replacement, veteran Richard Jefferson, chipped in 9 points and 8 rebounds to give the Cavs the much-needed win. Oh, and LeBron and Kyrie Irving scored a combined 62 points for a 30-point victory. 2-1, Warriors.

The Warriors hit everything from everywhere in Game 4, including LeBron James’ groin. They set an NBA Finals record 17 three-pointers for an 11-point win, but Draymond Green committed a fatal error of not keeping his hands to himself. The result of these two things: the Warriors up 3-1; no Draymond Green for Game 5.

With Draymond Green, the Warriors’ anchor on defense, watching the game from a remote location outside the arena, LeBron James and Kyrie Irving went crazy like two unsupervised kids at a toy store. James scored 41 points, attacking the Draymond-less rim. Irving scored 41 points of his own, hitting 5 3s. If there was no any doubt how good LeBron and Kyrie would’ve been if they stayed together, this game was a solid proof. 3-2, Warriors.

The Cavs were on roll, the Q got loud, and Curry ended up throwing his mouthpiece. After another 41-point performance, James threatened to chokeslam the 73-9 Warriors into wasting away a historic season. The series was tied 3-3, prompting James to say that Game 7 is “the best two words ever.” He was being modest. Down 2-3 with the championship on the line, “LeBron James” is the best two words ever.

The Golden State Warriors were driving on an open, sunny highway, windows down, their hair blowing in the wind. They’ve just won a record 73 games in the regular season. They’re one win away from the championship. At the horizon is the trophy, and the Warriors were inches away from it. They’re throwing high fives to each other, nodding their heads, and grooving along to a catchy Bruno Mars track.

Then all of a sudden, the blue skies turned pitch black, and through the rear view mirror, they spot a 6-foot-8, 250-pound deadly hurricane destroying everything in its path. The hurricane ravaged its way towards the Warriors, scooped them up, and then threw them mercilessly back down to the ground.

That’s how the iconic Game 7 block (and the succeeding Irving 3) must’ve felt like. 4-3, Cavs.

Count out a LeBron-led team down 0-2? Yeah, probably not a good idea.

Slow Tuesday: Unexpected Things in the NBA Playoffs (So Far)

10 Things LeBron Could Do (BUT Would Still Be Hated Anyway)

What If NBA Teams Were Introduced WWE Survivor Series-Style?

The Return of IT