Slow Tuesday: Gilas 2.0 Heroes, How Are They Doing?

It’s been five years since the Gilas heroes made me jump up and scream (alone) in excitement. I miss being that pumped up. I miss Gilas 2.0.

That night was a boring one. Or at least, it was scheduled to be. It was the night after my 30th birthday, so I booked a room for myself at a hotel outside Manila, thinking this is what 30-year-olds who have nothing else to do should be doing. It wasn’t one of my brightest ideas. But it was worth it.

Holed up in a small room with touches of old Philippines—creaky wooden floors and antique lamps—I witnessed the Philippine team wake up from its South Korean nightmare, finally ending the cruel loop of disappointment in international basketball. The boredom and loneliness that threatened to take over my evening were no match against the dagger 3 of Jimmy Alapag and the bloodletting of Marc Pingris.

The thing about watching games alone, without the Twitter commentary, is that you’re licensed to go full-on crazy. I remember standing in front of the TV in the final minutes of the game, orchestrating the Gilas offense, yelling out one-word instructions to the moving objects on the screen: “Tira!” “Pasa!” “Labas!” “Relax!” They listened, thank God, and the result was a historic win for the Philippines.

That was five years ago and a lot has changed, obviously. Gilas looks different. Most of its players have moved on, the August 10, 2013 game now a medal of honor they brag about (absolutely well-deserved) to the kids.

Some have remained faithful to their PBA teams, while some have been traded. LA Tenorio, for example, is still Ginebra’s decorated floor general. Jeff Chan is his newest teammate. Ranidel De Ocampo, who I’ve always believed would retire in TNT, is now the wacky vet in Meralco. Gabe Norwood remains steady. I wonder: how are the others doing?

Status: Active. Castro, professionally too legit to quit, will play in the 2018 Asian Games.

Status: Injured. But once in a while, he drops by Gilas practices so the new generation can sit on his lap while he tells stories of past battles.

Status: Active. Trying to win in NLEX as the Middle-Aged Face Assassin. 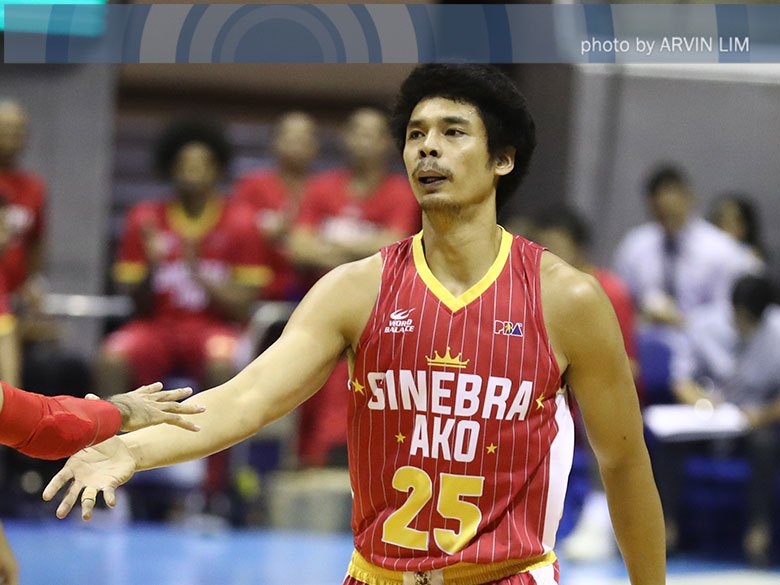