Both teams locked in the 3rd seed in their respective conferences. Good news and bad news: one was part of the process, the other was a mistake.


Let’s start with the good news.

The Cleveland Cavaliers are irrelevant again (no matter how hard JR Smith tries) and the Toronto Raptors are in the early, flirting stages with Kawhi Leonard. This means that the only team still standing in the way of The Process is the Boston Celtics.

Is this the year the Sixers make it back to the Finals? The answer is maybe. Joel Embiid is poised for an MVP season, according to Joel Embiid, and Markelle Fultz is finally healthy.

They can get decent contributions from JJ Redick, Dario Saric, Robert Covington, and Wilson Chandler. They’ve moved on from the Colangelo debacle and switched to a new (Elton) Brand. If only Ben Simmons could find the answer to cure his allergies from shooting outside.

There’s only one person for the job (sit down, Andrew Bynum): Allen Iverson.

The 2018-2019 Sixers with cornrow-wearing, not-talking-about-practice, peak AI is the team that would claim the East. Also, AI vs Kyrie Irving in the Eastern Conference Finals would be a goddamn show, like the Wrestlemania of crossovers.

Now for the bad news.

The Trail Blazers shouldn’t have been third in the West last season, as the New Orleans Pelicans proved in four games. The top two teams, the Golden State Warriors and the Houston Rockets, added DeMarcus Cousins and Carmelo Anthony, respectively. So who did the Blazers add? Seth Curry.

If we do the math, the Warriors and the Rockets will still be the top two teams this season and the Blazers will slip down to seventh seed where they belong. 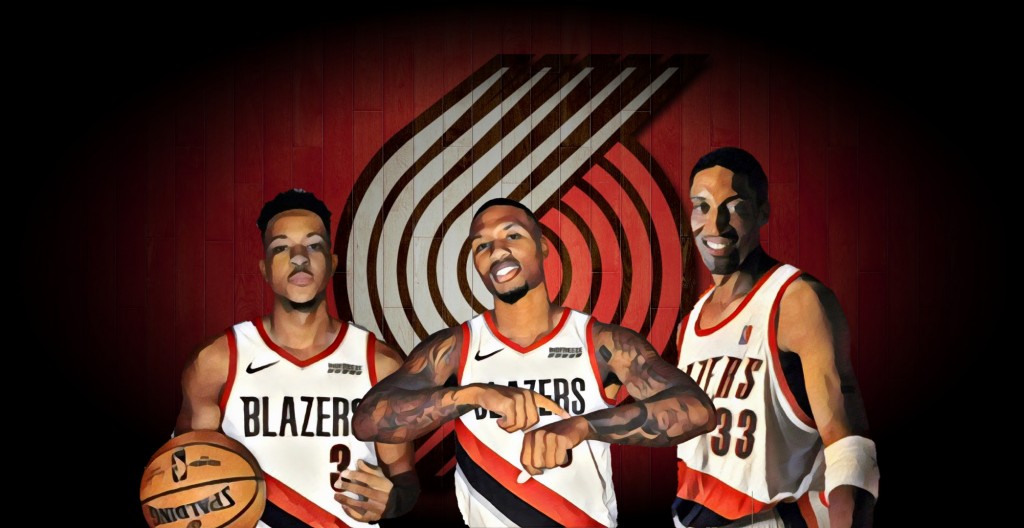 In a Fantaserye world, the type of player the Blazers need is someone who can do-it-all, a glue guy–no, a cement guy–who can build a respectable shelter when Lillard and McCollum are hurling bricks. Someone like Scottie Pippen. He’s used to being not the main guy when he should be. He can stretch the floor. He can play D. He can’t be bullied. Pippen is the third star the Blazers need to keep it together.

But head-to-head, the Sixers with AI is scary, like 2001 NBA Finals scary. Instead of Mutombo you have Embiid. Instead of Aaron Mckie you have Redick. Instead of George Lynch you have Simmons.

As for the Blazers, well, they’ll keep on trying, Jennifer.