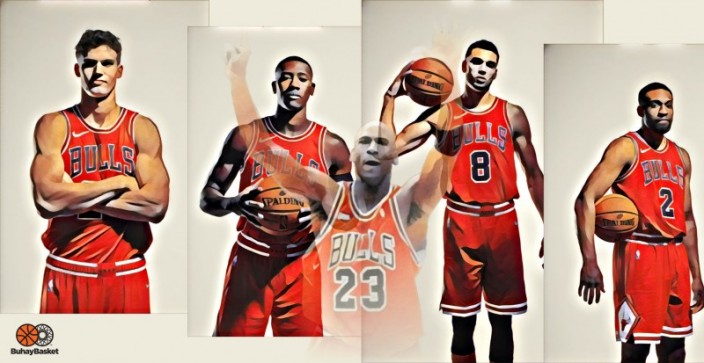 Eight more days before the season starts, and we’re featuring 8 matchups based from last season’s Playoffs. Tonight, we’ll check out the last seed from both conferences last season. The Bulls may have found a Finnish unicorn while the Blazers added Curry!

Well, Seth Curry that is.

(Update: this match-up actually happened in 2017’s playoffs, not last season. Our bad. The 2018 eight seeds were the Spurs and the Wolves!)

The Blazers must be feeling pretty confident these days. They’ve missed out on DeMarcus Cousins, then the rumor mill has been quiet the past few weeks about their chances to land Jimmy Butler. Apart from those, they’ve practically retained their same line-up from last season.

Sure, they’ve added outside threats in Nik Stauskas and Seth Curry to help carry the load of CJ McCollum and Damian Lillard, but their glaring weakness at the moment is their frontcourt depth. The Blazers at least re-signed big man Jusuf Nurkic, who has been reported to have been working on his passing during the offseason, but having Al-Farouq Aminu and Mo Harkless as the starting forwards for this playoff-hopeful team may not cut it in the stacked Western Conference.

Since we have nothing better to do after fixing our NBA Fantasy lineups, we might as well do a fictitious fantasy draft for the present-day Blazers, as BuhayBasket’s NBA Fantaserye takes the Blazers current lineup, and we attempt to fix it by adding a former Blazers player and hope that it tilts the team’s chances towards winning.

Our only NBA Fantaserye rule is that we can only pick players up to the 90s—any position, any player.  For the Blazers, we won’t go with the obvious choice today as everyone may have assumed it should be Hall-of-Famer Clyde Drexler as our Blazers Hugot, but nope, we’re picking good ‘ol Rasheed Wallace from the early 2000’s Jail Blazers to help this current Portland team: 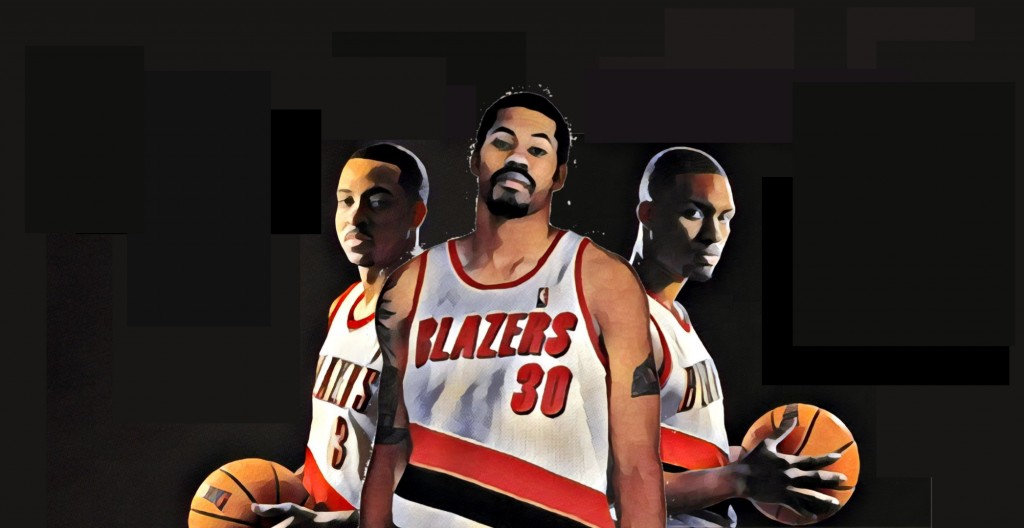 Why Sheed and not The Glide? Well, the backcourt combo of Dame and CJ may already work, and by adding a versatile, tech-hogging, referee-threatening Rasheed Wallace may probably give the Portland that edge they’ve been lacking the past few seasons.

How about the Bulls? Dead giveaway as to who we’re picking from the 90’s right? Yup, there’s no hipster pick here, it’s definitely the GOAT joining the current Bulls line-up:

Lauri Markkanen is extending his vacation for another 1-2 months for an injured elbow, and having Robin Lopez as your starting center in this world of Embiids and Aytons isn’t really exciting, but having Michael Jordan in your team definitely changes the entire team’s build.  Zach Lavine slides down to the PG position as His Airness would handle most of the ball-handling duties; newcomer Jabari Parker plays SF while Bobby Portis will start while Markkanen recovers.

The Bulls hit the jackpot by landing Markkanen last season for the Jimmy Butler trade where he should have been the bonus, and the future of this team is hinged on his development and health.  Parker grew up in Chicago, and the former No. 2 overall pick is hoping to bounce back from two ACL injuries in his homecoming season.

Should this fantasy matchup happen between the Blazers and the Bulls, it’s pretty obvious that even if the Blazers currently have one of the best backcourt duos in the league and even with the help of a charismatic Rasheed Wallace thrown into the mix, it’s hard to bet against a team that has the best ever to play the game.

[Photos from NBA.com; graphics by BuhayBasket]