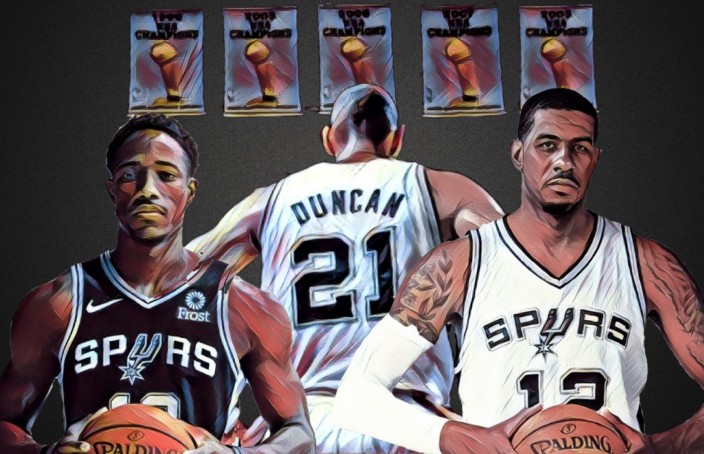 Life hasn’t been breezy lately for Spurs fans. First, they lose Manu Ginobili to age, then they lose Tony Parker to the Charlotte Hornets. Kyle Anderson has moved on to Memphis. Kawhi Leonard and Danny Green have packed their bags, their outerwear, and their championship pedigree to start anew in Canada.

Next to drop is Dejounte Murray, who literally dropped to the floor in a freak, non-contact play, hurting his knee. With the way things are going for San Antonio, he could be out for the season before the season even starts. Yikes.

The good news is that the Spurs still have Gregg Popovich, who remains undefeated since the start of time. He’ll find a way to keep the Spurs afloat (meaning they’ll have a looong shot at the 8th seed in the West) in this great, great flood of 2018. Another good news is that DeMar DeRozan might be, could be, hunting for blood as a rejuvenated Lone Midranger in Texas.

One more good news is that this is BuhayBasket’s version of the NBA Fantaserye, which means Spurs legend Tim Duncan can dust off the cobwebs, suit up, and beef up this old-ish, tired-looking, puffy, dark-circles-under the eyes roster:

The new season ushers in new promises. The Bucks will now figure out how to properly unleash their Greek Hulk under new coach and Popovich disciple Mike Budenholzer. Giannis Year 5 (still only 23 years old) is expected to bring the same energy. Jabari Parker is cancelled. Brook Lopez, known for his floor spacing and fantasy team terrorism, is at center.

But what the Bucks really need is 3-point shooting. Last season, they only had nearly 9 makes on an average of 25 3-point tries per game, good for 25th in the league (for context, the Houston Rockets hit an average of 15 3s on 42 attempts per game).

Good thing one of the league’s best shooters of all-time played for the Bucks once upon a time. Sit down, BroLo, and give way for Ray Allen aka Jesus Shuttlesworth. 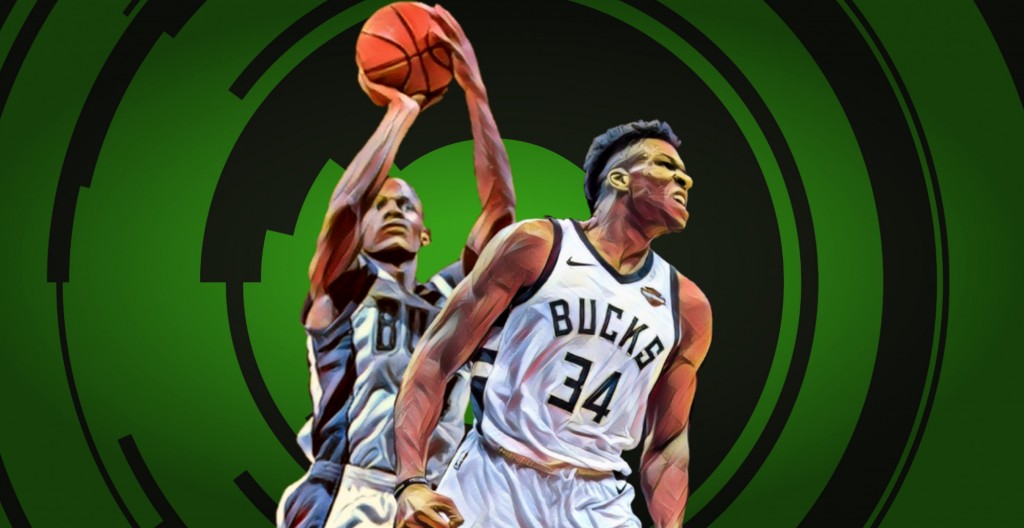 Can you imagine a routine set play where Giannis drives to the basket to draw the defense, then kicks out to Allen for an open corner 3? Can you imagine Allen cascading his shooting techniques down to Giannis? Ah, the possibilities:

The Bucks got this. An experienced Spurs squad will always be dangerous, but a youthful Bucks team that has found Jesus will be very difficult to beat.

[Photos from NBA.com; graphics by BuhayBasket]

VC, LeBron, or Giannis: Who Dunked It Best?

Where Were You When Ray Allen Saved the Heat?