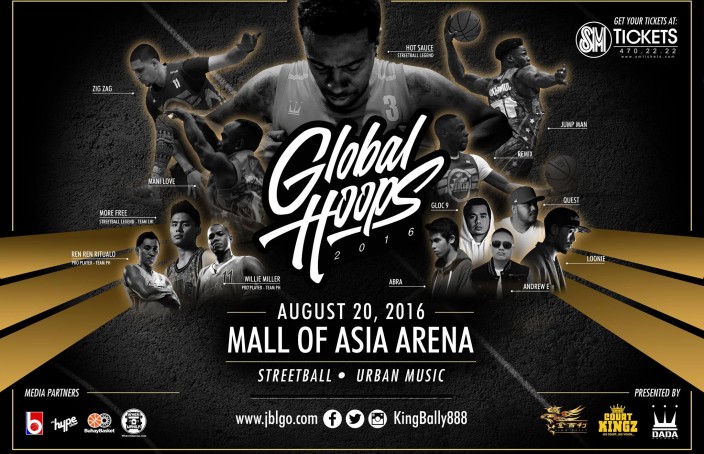 Tagged with Basketball, hot sauce, hype, street, street ball
Spread the love
B uhayBasket caught up with Mike Swift, B-Roc and Nino”Lil Flash” Ventura to talk about their upcoming event.

“Expect the unexpected,” says Mike Swift when asked about Global Hoops 2016–a basketball event unlike anything a Filipino crowd has seen. “This event is  a first of its kind that mixes entertainment, music and basketball. The elements are there for an incredible, fun day.”

Swift is also known as Mr. Pinoyhoops, so a man with that title certainly knows a thing or two about basketball.

Global Hoops is set to fill a need for basketball fans who are searching for an alternative to the usual fair. As the title suggests, the event will feature some of the best street ballers from China (RZP), the USA (Court Kings) and, of course, the Philippines (Hype Street Ball).

Leading the pack of international stars is street ball legend Hot Sauce–probably one of the best street ballers of all time. He’s been embarrassing opponents and breaking their ankles for over 15 years. He was part of the legendary And1 Mixtape tours that really introduced the world to street ball.

For those of you unfamiliar with “street ball,” it’s a form of basketball that is a bit (OK, a lot more) spontaneous and informal. There’s less structure, almost zero defense and the rules are there to be broken.

“Street ball is all about having fun and bending the rules of your regular basketball game,” says B-Roc, marketing head of King Bally, the company behind this event. “Don’t expect any traveling calls. Expect fancy plays and cats out there trying to embarrass their opponents. It’s like FlipTop on the court.”

“Street ball is basketball with freedom of expression,” adds Lil Flash, founder of Hype Street Ball and captain of Team Philippines. “You make your own move, somebody gets you back and you battle.”

Lil Flash is, pardon the pun, hyped up for the event. It’s understandable. While he may be a huge name in local street ball, he’s finally going to get a chance to share the court with legends that he grew up watching.

“It’s gonna be a privilege playing with them,” he says. “These guys are my idols. Before, I was watching them on YouTube. Now I get to play against them in the biggest arena in the Philippines! We’ll also be playing against the best of China, too! So it sorta feels like we’re Gilas Street Ball version.”

When asked if Lil Flash had any special tricks prepared, B-Roc practically gushed. “Lil Flash has a lot of new tricks ready for everyone and I can’t wait  to see what he can do against a legend like Hot Sauce,” he says. “He’s been doing it for a while now so he’s developed his own style. He’s not just copying what his western counterparts are doing. I really think the crowd will have a great time.” 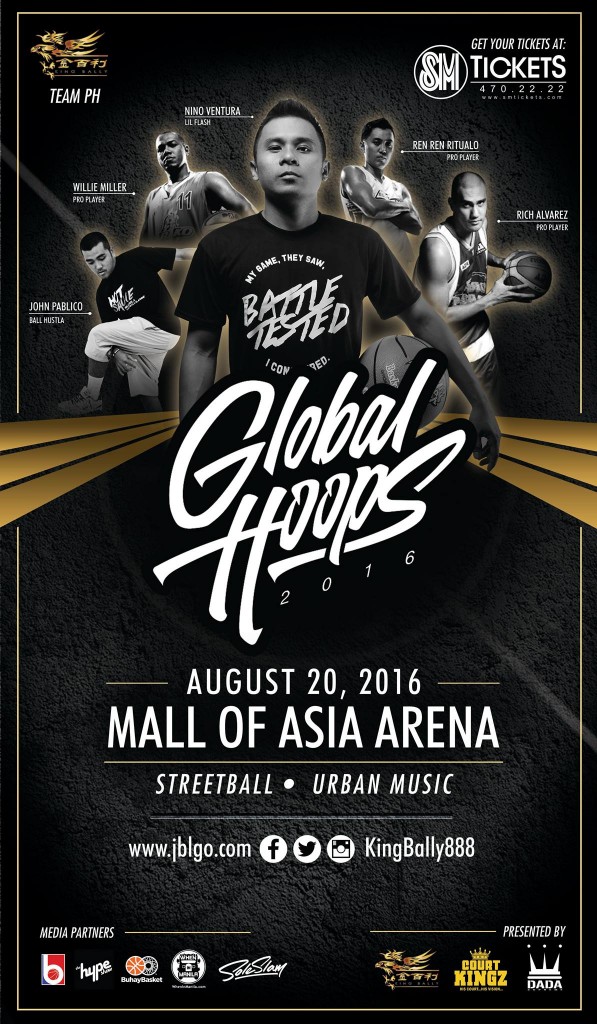 If the street ballers aren’t enough of a draw for you, Global Hoops will be featuring some PBA stars as well. Renren Ritualo, Rich Alvarez, Wille Miller and Jimmy Alapag are just three of the 12 pro ballers that will play for team Philippines.

You, yes you, have an opportunity be part of this event. Not just as a spectator, but as a member of Team Philippines. Global Hoops will be hosting a press con in the world famous Tenement court in Taguig. This will serve as an open run to round out the last few spots on the Philippine team’s roster.

“There are still some spots open for the Philippine team and that will be decided on the 18th,” says B-Roc. “If you wanna rep your country at Global Hoops, come through to the Tenements and show us your moves. You might be chosen.” 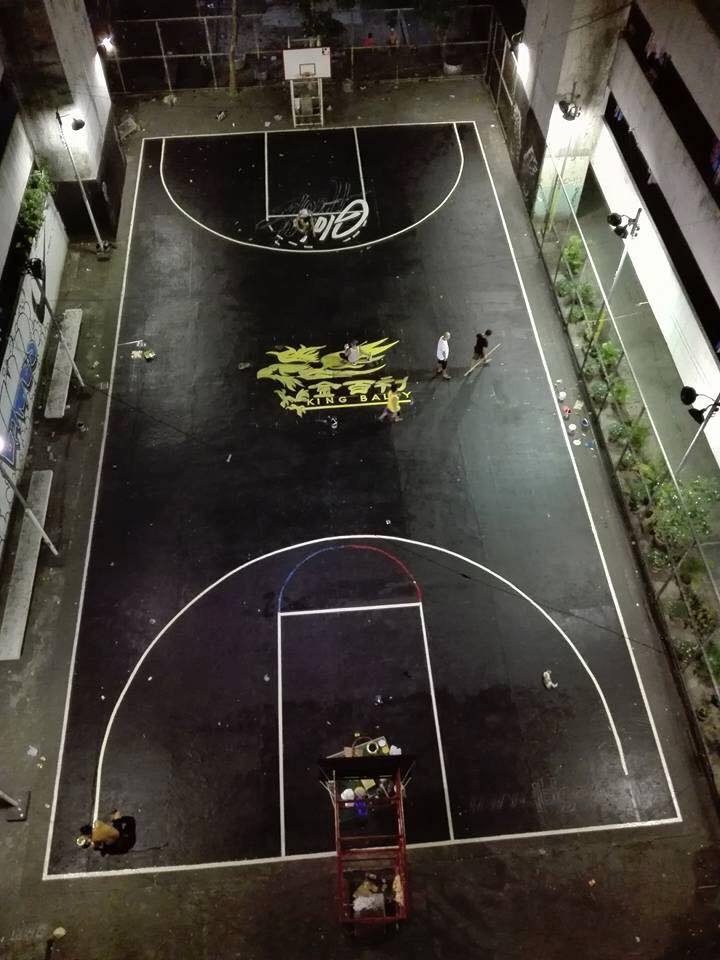 In addition to basketball, some hip-hop legends will be rocking the stage for a mini concert. We’ll be treated to performances by The Philippine All Stars, Abra, Loonie, Ron Henley, Quest and Andrew E.

This endeavor by King Bally will support the following beneficiaries: Earth Day and Christian Mission Service Philippines (CMSP). This makes this exhibition games more relevant and fruitful for everyone in attendance.

Blood and sweat: The Playground Manila 2014